I have not blogged in what seems like a very, very long time due to various extenuating circumstances including: 1) a trip to my grandmother's in Hendersonville, NC, which led to a return trip a mere week later, as Mimi had to have a pacemaker installed upon sudden notice. 2) various crises and breakdowns regarding that omnipresent minor detail of, oh, you know, WHAT TO DO WITH MY LIFE IN ONE YEAR WHEN I GRADUATE WITH THREE IMPRACTICAL DEGREES THAT ALLOW ME TO BOAST NO MARKETABLE SKILLS. Journalism, political science, and art history???!!! What was I thinking? I must have been delusional when I decided to "follow my dreams." Anyway, a decision has finally been reached: put law school off for now (Thank the Lord & Taylor for that), and apply to both Columbia Teachers College for an Arts Administration MA and Harvard for a Museum Studies MA. They are both short programs that allow me to take a break, do something I enjoy that will also lend me a marketable masters degree, and allow my parents to continue having honourable things to tell their friends regarding my general character. Then I can go to law school. Or not. All I want in life is a comfortable J.Crew budget, a small, cozy flat, and a job working for the BBC or library, and the ability to put a bit away for travel and books. Because that's not a lot to ask (= mild sarcasm). 3) Moving all of my earthly possessions into my new flat on Miracle Mile, so as to attempt to make my senior year at UM more palatable than the prior three. And I must say that so far it is working. I have never known such luxury in my humble college life. I really lucked out with the whole over-blown real-estate market. Miracle Mile is like a slice of Europe in South Florida (if you have ever had the misfortune of traversing into the Sunshine State, you know what a feat this is), and I love driving in and out of my area. I have discovered the most wonderful French bakery and restaurant (Provence and Les Halles), and pasta (Bistronomia), and being a block from Books & Books doesn't hurt, either.

Anyway, as I have been doing a whole lot of nothing since I got the new digs set up, I thought I would share my thoughts on a brilliant film that I can't believe I have not seen until now - Once. My thoughts = obviously favorable towards said film. Glen Hansard and Marketa Irglova are wonderful, and the Dublin landscape is incredibly authentic. Being the half-Czech that I am, I was thrilled to see a talented Czech actress in such an veritable film. Anyway, I highly recommend it. Along with The Painted Veil, which I watched last night while half asleep in one of those great Pier One basket chairs with the giant pillows at a friend's house. I love those chairs. And the film's art director should definitely have won an Oscar. It reminded me of an artistic version of The Constant Gardner.

Bonus Tip: Download the "Once" soundtrack! Though "Falling Slowly," "The Hill," and "If You Want Me" are the obvious stand-outs of the album, I recommend "Broken Hearted Hoover Fixer Sucker Guy" for a good pick-me-up on a bad day. 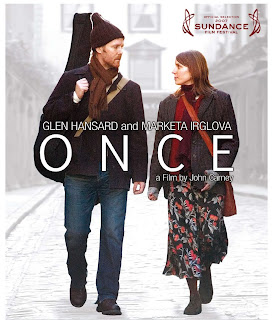 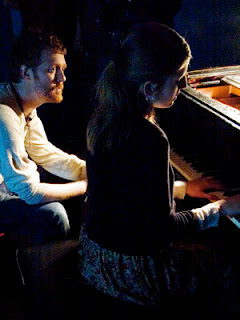 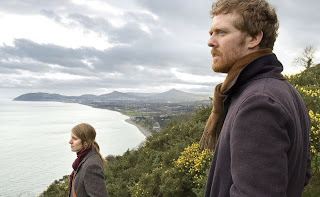 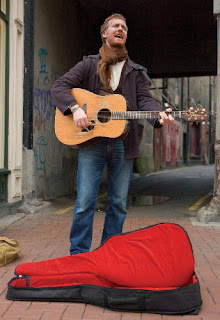 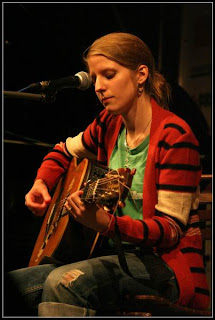 Posted by gramercy_gaslight_girl at 4:06 PM

We just watched this movie last night! I love the songs in this film and who can resist Irish accents and scenes of Grafton Street?