That every single New Yorker creates their own New York. It is truly a different city for every single person in it. For me, it is the fantasy-land of bookstores, wit, parks, the smell of roasted nuts, and the autumnal light portrayed in You've Got Mail. And yet, ask anyone on the street what they would "tag" the city, and they'll render an entirely different list than mine. It's kind of like going into the subway, picking a random stop anywhere on the line, and getting off. Each and every time you exit the tube, it is like emerging into an entirely different town. And it is always, always, always a delightful surprise. Though in no place more so for me than my very own neighborhood, which seems so perfectly suited to me that given the chance I would not relocate.

However, if I were uprooted by force (read: gun to head), I would choose a wee corner of the West Village known to some residents as "Little Britain." There was, in fact, actually a campaign to formally re-name this area Little Britain a few years ago, but unfortunately, Gotham never took kindly to the idea. I, however, will always offer my infinite goodwill towards my favorite of world peoples by calling it by its now informal name. The epicenter of Little Britain, indeed the very headquarters of the campaign, is a Small tea shop called Tea & Sympathy, which is flush next to A Salt and Battery, a fish and chips spot managed by the same jolly bunch of Britons. T & S is, so far, my absolute favorite restaurant in the city. It is tiny, tiny, tiny (not much room for other people - yay!), decorated in genuine informal British splendor, and is the perfect spot to read Bill Bryson books or catch up with a friend over biscuits and Earl Grey. 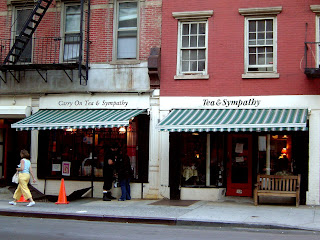 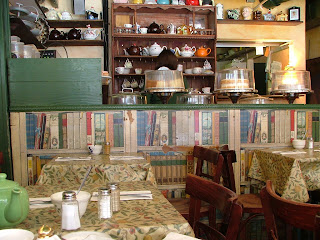 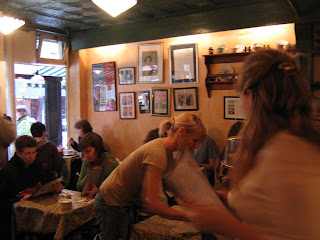 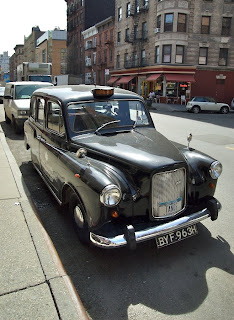 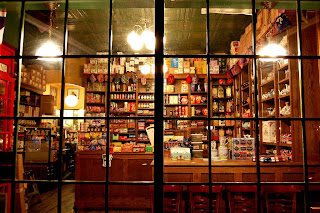 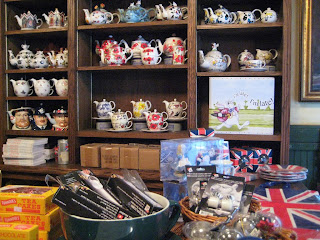 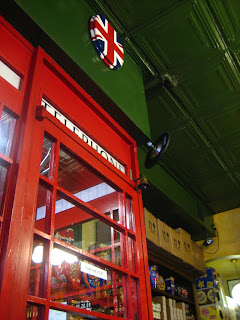 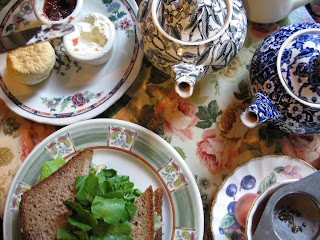 Posted by gramercy_gaslight_girl at 6:52 PM

I've never been to Little Britain! Sounds absolutely wonderful though.

You are terribly lucky to be there! What a charming place... for Anglophiles or otherwise! Just brilliant!