With each passing day, I become more and more annoyed by Gwyneth Paltrow and increasingly, irrevocably in love with John Adams. 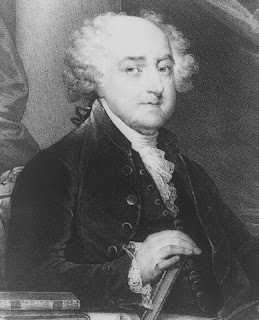 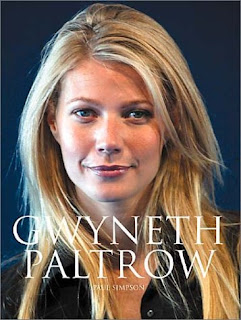 I was at first hopeful about "GOOP." It did not take long for the concept, and its creator, to disappoint. The whole mess is one big paradox. "Save the world, be more responsible, but I strongly suggest this $9834298342 bag as the perfect 'You're such a good friend!' Christmas gift!" or "Let me stir up a buzz on the internet and induce every search engine/email server to post a story entitled 'Gwyneth's Book Picks!' And let me make said list as maddeningly irrelevant as possible by avoiding originality and instead including every Oprah pick/mass-market best-seller of the past two years. Anna K.! Ms. Austen! The Secret Life of Bees! Though I have nothing new or unique to suggest, I am a celebrity who wants to prove my hip intellectualism, so here is my unassailable book list!"

Ugh. And now she has a cookbook?! At least that morsel of brilliance isn't to hit shelves until 2010. However, the fact that there is buzz over a COOKBOOK by GWYNETH PALTROW that is not to be released for another YEAR AND A HALF (and that emphasizes FAMILY TOGETHERNESS AT THE TABLE) does nothing to assuage my fears that Gwyneth-mania will continue in full-force through the Year of the Tiger. I used to love Mario Batali, but I now fear that he inadvertently added to Gwyn's faux cultural credentials. Ah, well. Each person has the right to pontificate and popularize, I suppose. I just wish she weren't so damn sanctimonious about it.

If only Dame Judy Dench would have a PBS culinary travel special, trend-forecasting website, and cookbook deal. Now THAT would be worth the while.
Posted by gramercy_gaslight_girl at 12:05 PM

I have always loved her, but lately she has been driving me insane too..."Over the moon" Who says that?