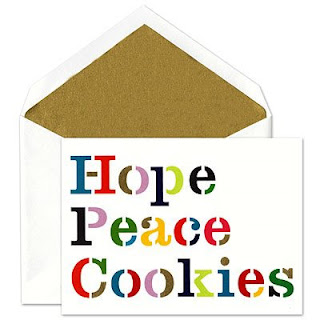 1. This card, which is meant strictly for holiday use, but which I find to have an everyday utility, as it susinctly expresses those three timeless honorable sentiments that everyone should strive for. 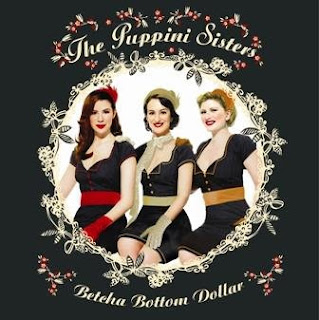 2. The Puppini Sisters, who are not actually sisters (one is Italian, and the other two are British), but nonetheless sound quite harmonious and are an undeniable throwback to what I consider the Golden Age of life itself...New York City in the 1940s (Not that I was alive or anything...you'de have to verify this with Mimi Koza for historical accuracy. But I imagine NYC in the '40s was quite golden. And vivacious). Anyway, Puppini Sisters = modern version of the Andrews Sisters = fabulous. You have my permission to go to Whole Foods, buy some organic rigatoni, go home and pop it in the broiler, download "Tu Va Fa L'Americano" on iTunes (a practical STEAL at $0.99), put up your feet (not while your rigatoni is still on the stove, but rather after it has been properly strained and seasoned), and enjoy. 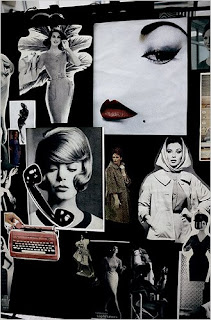 3. The best new TV show of the year, in my humble opinion...Mad Men on AMC. The show was actually rejected by HBO before being picked up by AMC (the worst HBO miscalculation since they decided to sell CENSORED episodes of Sex and the City to the CW for syndicated airing. Samantha would NEVER say "mother flipping"...blashphemy!). Anyway, Mad Men revolves around a prestigious NYC ad agency in the 1960s. My favorite scenes include those long Breakfast-at-Tiffany's style cigarettes that no one actually smoked in the '60s, but it makes for great ambiance and an eerie cloudy mystique. If you do not my taste in television, you can refer to this (http://www.nytimes.com/2008/06/22/magazine/22madmen-t.html?hp) NYTimes articles. And everyone knows that the NYT is infallible. 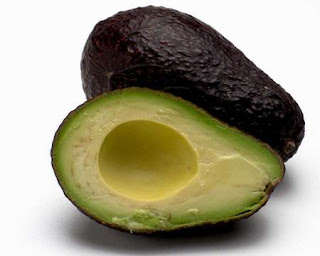 4. Avocado: You can have ANYTHING infused with avocado here in California. Including sausage. 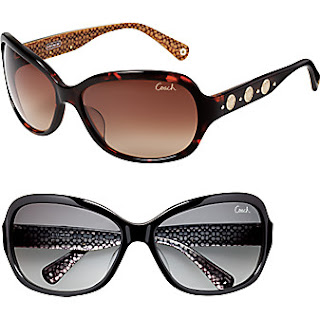 5. Coach Thompson sunglasses: Big and groovy, but not TOO big and groovy. Enough edgy Katherine-ness to offset the proper Audrey-ness. 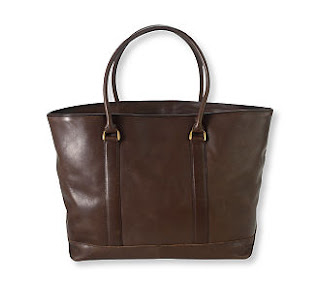 6. LL Bean Town and Field Tote in dark brown leather. $99? LL Bean is going high-brow on me. But anything from Freeport, Maine is worth it. Especially considering that their products are virtually indestructible. 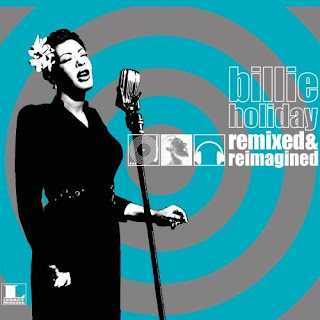 7. Billie Holiday Remixed and Reimagined. Just listening to it takes me directly to that special place in my head: the second floor of Louis Boston. 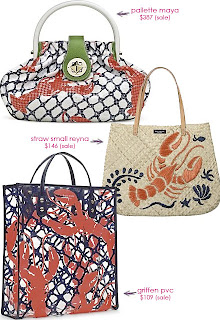 8. These Kate Spade bags. Leave it to someone named Kate to recognize and honor the fabulousness of a heretofore overlooked crustacean.


*Disclaimer: I am, unfortunately, in no way affiliated with the New York Times.
Posted by gramercy_gaslight_girl at 11:51 AM