Duped by the NYT.

The New York Times (of which I am a devoted purveyor) had an alluring article today regarding 11 foods we should be eating that we are not (http://well.blogs.nytimes.com/2008/06/30/the-11-best-foods-you-arent-eating/?em&ex=1215230400&en=822376d2d3d33d01&ei=5087%0A). I felt immediately gratified that I was already a frequent consumer of some of the foods (pumpkin seeds, cabbage, blueberries). However, prompted by the article, I immediately rushed out to Whole Foods to fill my refrigerator with the rest of the list (so as to feel somewhat self-righteous about the superiority of my diet). The pick I was most excited about was pomegranate juice. I already love POM Tea, so I figured that making the transition to pomegranate juice would be equally enjoyable. WRONG, WRONG, WRONG. Undilluted pomegranate juice, it turns out, is absolutely the MOST disgusting thing I have ever tasted in my life. By far worse than prune juice, which my grandmother forced me to drink when I was in pre-school. I suppose this is a lesson: before buying three bottles of a heretofore un-sampled beverage, take a single sip. 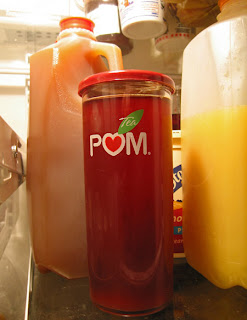 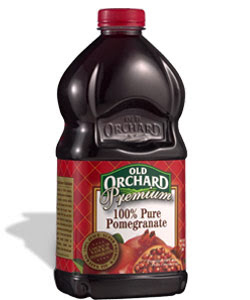 Posted by gramercy_gaslight_girl at 11:48 PM